Student as Theorist: Embodiment as a Paradigm for Music Theory Pedagogy

“We all have this theory…let’s do something with it!” ― Lawrence (Butch) Morris

Music education at the college level conventionally requires studies in music theory. Given the accelerating shifts in modes of music production and consumption, diversification of teaching and learning technologies, and an increasingly globalized musical landscape, the value of this core study in its present form has been called into question. This dissertation contemplates the potential of theory study in tertiary music education through surveying contemporary curricular reform trajectories, critically examining dualist commitments that underlie theory’s pedagogical traditions, and exploring the interdisciplinary lens of embodiment as a paradigm for vitalizing teaching and learning. The result is both a defense of music theory study, in principal, and a detailed proposal for its restoration and renewal.

This study adopts an integrative approach toward the current uncertainty in theory teaching, constructing a linear argument across multiple disciplines –– including music theory, sociology, education studies, philosophy of mind, and embodied cognition –– and utilizing several research methods –– including quantitative and qualitative surveys, ethnographic/contextual interviews, historiographical analysis, and informal experimentation in classroom contexts. It first investigates the perspectives of undergraduate music students and the forces driving curricular reform at the institutional level. Placing these trajectories within a larger sociohistorical context, a historicist reading of three music theoretical traditions –– the speculative, regulative, and analytic –– is interpolated with a sociology of embodiment and with embodied cognition, illuminating an interdisciplinary framework for conceptualizing theory pedagogy in terms of agency and body-world relations. Butch Morris’ Conduction® method –– adapted specifically for the theory classroom –– is offered as a proof-of-concept application of the embodied approach, as defined.

Students, in this paradigm, are not merely theory learners, but en-actively participate in the production of theory. The proposed pedagogical framework is not a fixed curriculum or methodology, but rather an indeterminate methodological field through which educators, institutions, and curriculum reformers might evaluate and reimagine the potential of theory study. In this way, this dissertation intends to be a resource for all who are invested in twenty-first century music education. 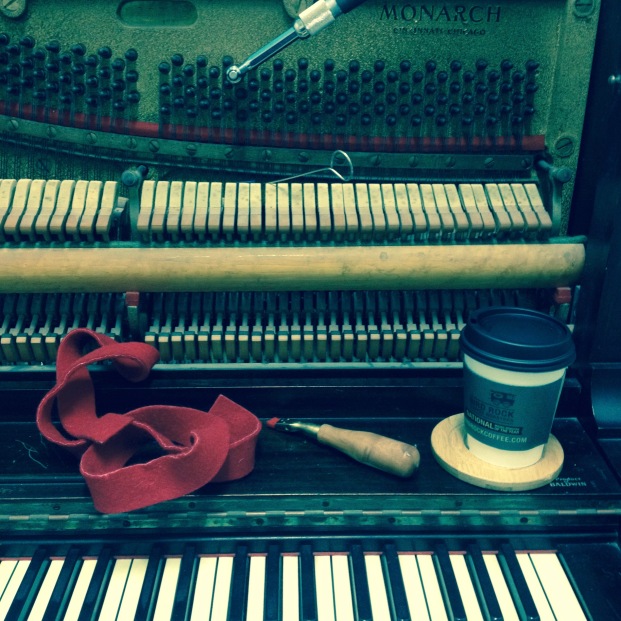